I never thought I’d spend hundreds of dollars on seeing a few things sparkle in the sky, but you know, never say never. In 2018 my family and I ventured to Australia for a few weeks over Christmas and New Year’s holiday. We planned to check off a few bucket list experiences while we were there, including viewing the NYE fireworks over the Sydney Harbour Bridge, something I’ve seen on TV for years and couldn’t wait to see in person.

Sydney Harbor lights up with multiple firework displays all along the harbor twice on New Year’s Eve. SydneyNewYearsEve is a great website listing all vantage points paid to FREE with maps and descriptions of most locations. It is worth checking out to see what options are best for you. But don’t forget to plan! Most paid events sell out by the end of October and to snag a free spot some camp overnight.

After some internet research, asking friends who had been before, and reading some reviews, I was hesitant to try our hand at one of the free spots for the reasons below.

I couldn’t really find solid answers to these questions and the fact that this trip had recently turned into a family affair meant I didn’t want to be responsible for compromising anyone’s New Years for a shot in the dark. Plus how many times are we in Sydney for New Years Eve?

Ultimately I decided to purchase tickets to Sydney’s Botanical Gardens-Midnight at the Oasis event.

I researched a number of paid venues and settled on this one after literally combing through what felt like 100s of NYE events. Why? I’ll give you 9 reasons

What I know now (after the fact) proved it ultimately was a good decision (for us) to purchase tickets with the RBG. If you are interested in learning more about other RBG NYE firework events check out their website here.

Now for the why…

First off, the Opera house and bridge needed to be in my sightline. Based on the Botanical Garden’s website, their past event photos fit the bill. I was stoked when the photos didn’t lie!

I got my view and we were in sightline for three different sets of NYE fireworks. For the most part, they all went off simultaneously. There is an earlier “family” show at 9pm and then the 12am the mac daddy show lasted forever…forever meaning about 12 minutes (according to the Sydney NYE website) and was all set to music that could clearly be heard.

Additional seating options made me more confident that we would see the NYE firework show as I imagined. Tickets sell fast and by the time I made a decision to purchase I was not able to buy all 5 tickets together. We were split 2, 2 and 1 and we had all “obstructed view” seats. Once we got there we learned “obstructed view” actually just meant a medium-sized light pole was near the table. Lucky for us the seat assignments were just for dinner and then you could move around and take advantage of the grandstands to get an unobstructed view of the bridge fireworks. Definitely an added bonus!

Before you purchase a ticket they show you the menu and require you to choose between two main meal options. It was a beef and fish option when we went in 2018. Food was good but wasn’t top chef-worthy, I barely remember eating but then again I didn’t come for the food.

The way it works is upon entering they give you a meal box with an appetizer right away and then about an hour later you head to the pickup food counter for your main meal box. Later they do the same with dessert and snacks. There was only a short line during the main meal time but there was never any hassle getting any food or drinks. They even offered us extra meals, I guess they had a lot left over.

Some would shy away from this but for me, it is a great option. I’m not a big drinker and neither is two other people in our party. Mixed drinks were around $10 US, and they have soft drinks for sale as well. They offered complimentary tea and coffee after dinner. Ultimately we bought two bottles of champagne and that was enough for us 3 for the entire night.

They had a local DJ and a live band that was pretty good. Side note: As we were walking to the event it started severely thunder storming. Once the rain finally fizzled out a bit we made it to the venue where the band only stayed to play a few songs. It was pretty wet….I guess they didn’t want to get electrocuted! I mean I can’t blame em! The DJ started to get going a few hours before midnight and stayed until 1 am. The dance floor filled up pretty quick, especially after fireworks!

Above you can see one of the table setups with and without people. different sections had different style seating. I’m in the grandstands for the great view!

6. Reasonably priced compared to other events

While I would normally never pay $350 US something to watch NYE fireworks I made an exception since it was a special moment in time. I would have probably paid more if someone guaranteed me the time of my life but because reviews were not too rampant I made the best-educated decision I could. The actual ticket was about $470 AUS which translates to around $350 US plus a bit more for the cash bar. I am happy to say we all thought it was well worth it in the end. The Fireworks were truly spectacular and lasted sooo long, we all were amazed. Other paid events were priced about the same while some of the boat parties I found were over $500 per person but included an open bar.

One of the first things I did was map out where we were staying relative to all the vantage points. I was not interested in going somewhere via ferry or public transportation after hearing millions expected to flock to the city to watch the fireworks. We ended up walking just under two miles to the entrance of the event but with the excitement of NYE and comfy shoes, the walk was nothing. Some locations are only accessible via ferry and some by trains or buses. We heard that some trains were delayed up to an hour because of the brutal storm that passed through. Another win for us, we could walk!

8. The venue was outside on the water

We liked the idea of being in an open space so we could move around. We were thinking about boat options but they were more expensive. I also read some reviews that commented some boats do not have a license to be in the bay and could have to dock somewhere which would limit your visibility once fireworks start. I didn’t want to take that chance!

By the time I decided to purchase tickets the Botanical Gardens only had two available events. I chose the Oasis since the other specified it was family-friendly and we are a family of all grown children and the view for NYE fireworks looked better in the Oasis photos.

Many events go on sale at the beginning of October and are sold out by the end of October, so of course always a good idea to plan in advance. With that said, I met a few people in Australia that had not purchased tickets for any NYE event and got tickets at an Opera House event the day of. But single tickets are much easier to snag!

My one complaint from the whole evening is they could have attempted to dry off our seats. It was sopping wet when we got there. We actually brought plastic bags to sit on just in case and thank goodness we did! They were saviors. A lot of people didn’t, and who wants a wet booty all night?

Overall despite the weather, we all had a great time. The Sydney New Years Eve fireworks were truly outstanding! We had a little dance party afterward in the grandstands jamin out to Whitney Houston and some classic 80s. The video from that is quite comical. A lot of great memories were made.

Wherever you find yourself for your next New Years’ Eve, I hope it’s as memorable as Sydney was! 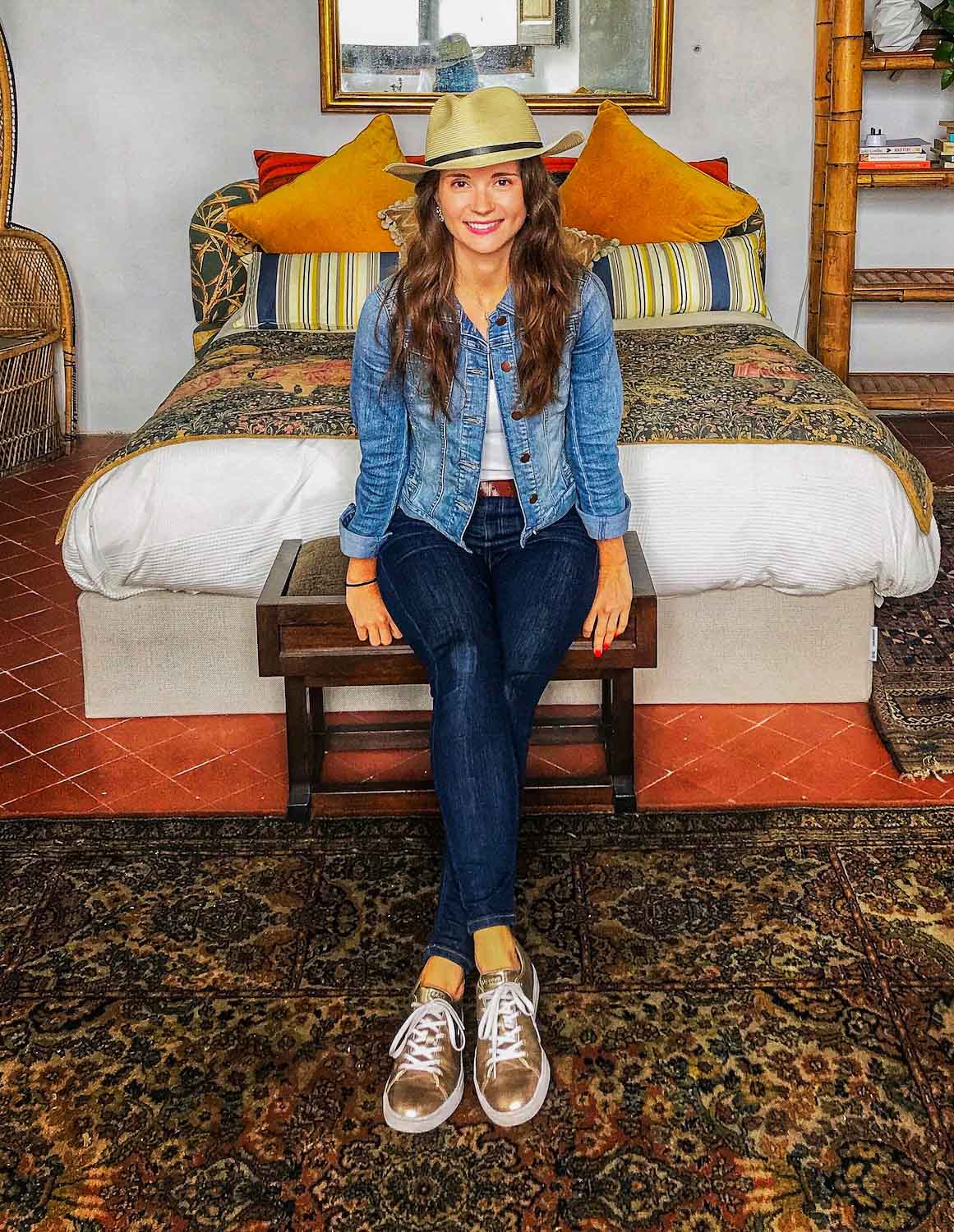 I just left the corporate world to travel around the world. Sharing all my bucket list experiences to help spark your wanderlust and inspire your next adventure!

Subscribe to my monthly newsletter and get all the good stuff straight to your inbox! 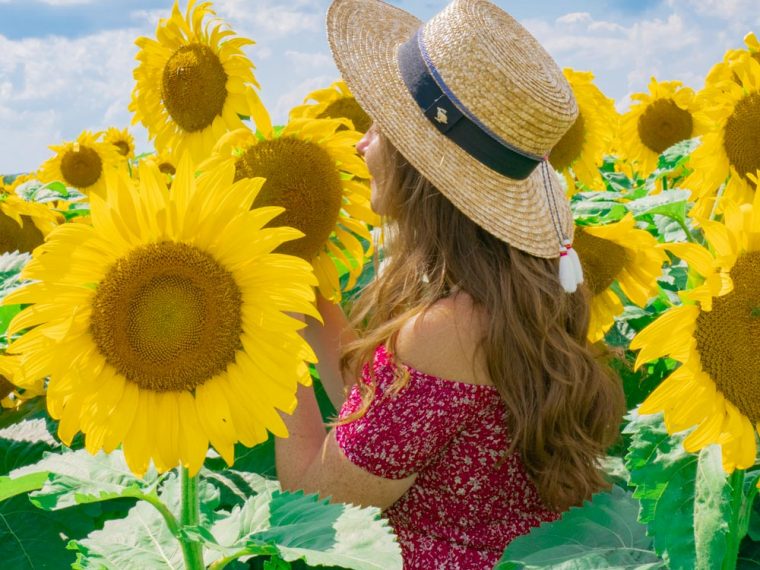 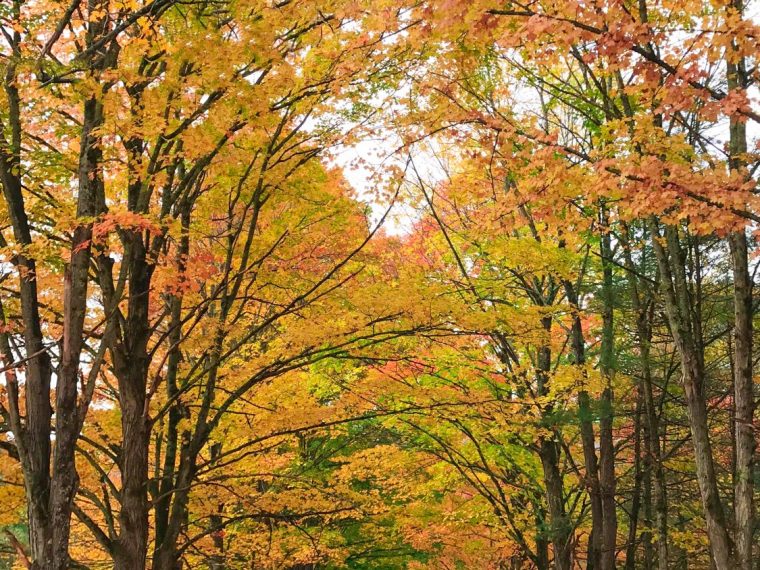 10 AWESOME reasons to visit the Adirondacks in the fall

21 unique gift ideas travelers never ask for but will LOVE!

Have you ever accomplished something you initially 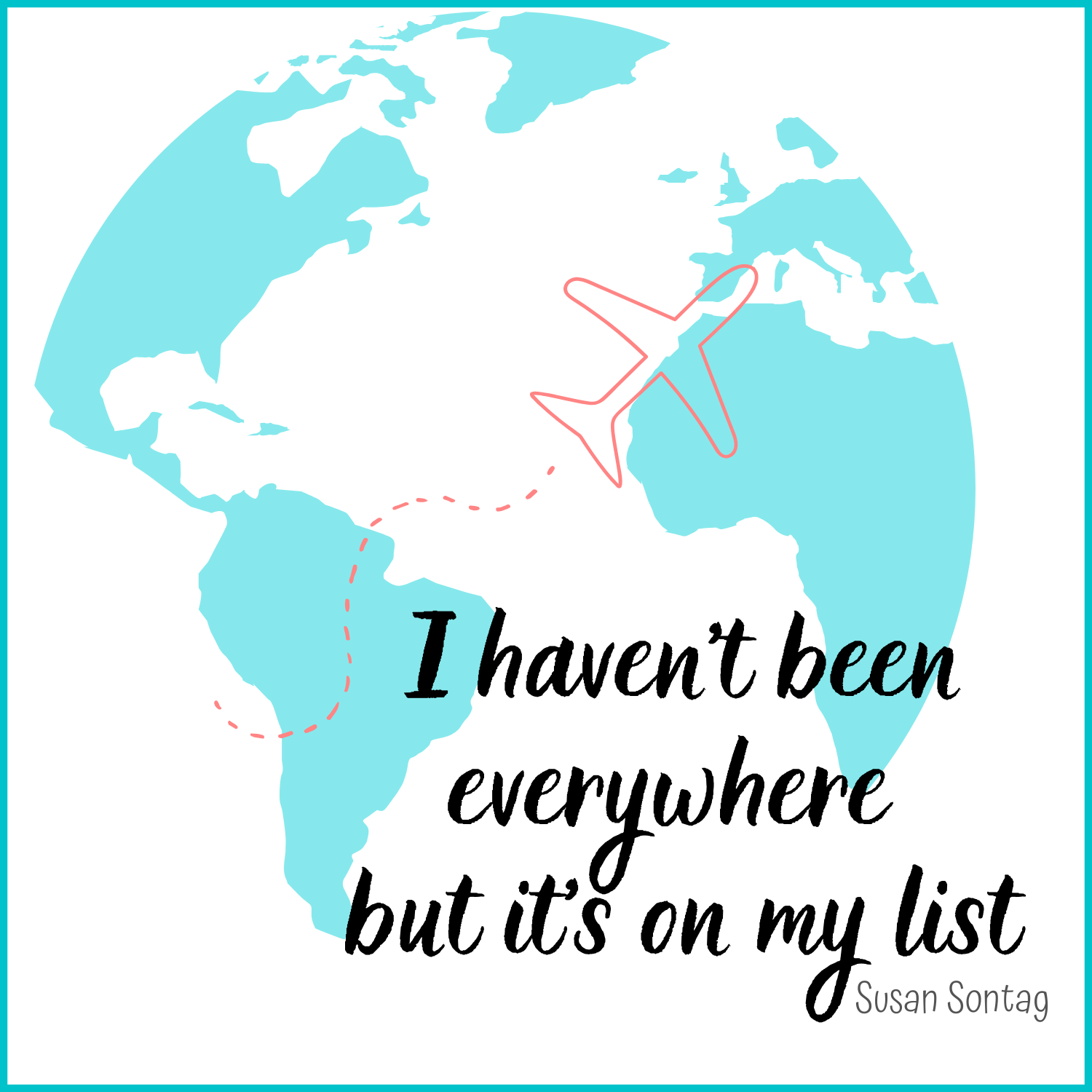 Subscribe to my monthly newsletter and get your hands on my latest PDF freebie "The Best Travel Apps and Websites" for planning your next trip straight to your inbox!